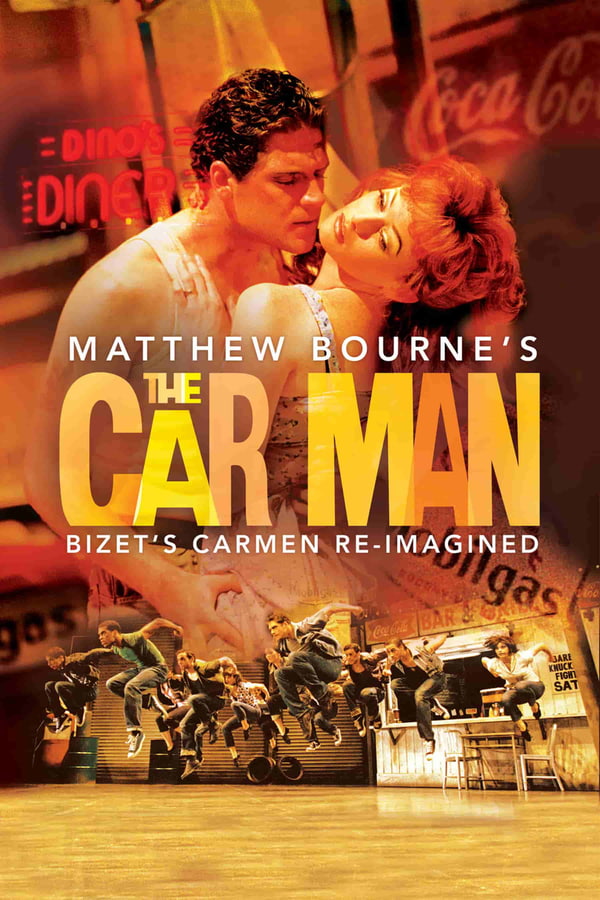 The Car Man is loosely based on Bizet’s popular opera (Carmen) and has one of the most thrilling and instantly recognisable scores in New Adventures’ repertory, brilliantly arranged by Terry Davies.

The familiar 19th Century Spanish cigarette factory becomes a greasy garage-diner in 1960’s America where the dreams and passions of a small-town are shattered by the arrival of a handsome stranger. Fuelled by heat and desire, the inhabitants are driven into an unstoppable spiral of greed, lust, betrayal and revenge.

The Car Man was first seen in 2000, winning the Evening Standard Award for “Musical Event of the Year”. A revival in 2007 proved a smash-hit in London and at venues accross the UK. In 2015, Zizi Strallen won the “Outstanding Female Dancer (Modern)” Award at the National Dance Awards. Since 1 March 2016 The Car Man has been shown in over 150 cinemas worldwide.