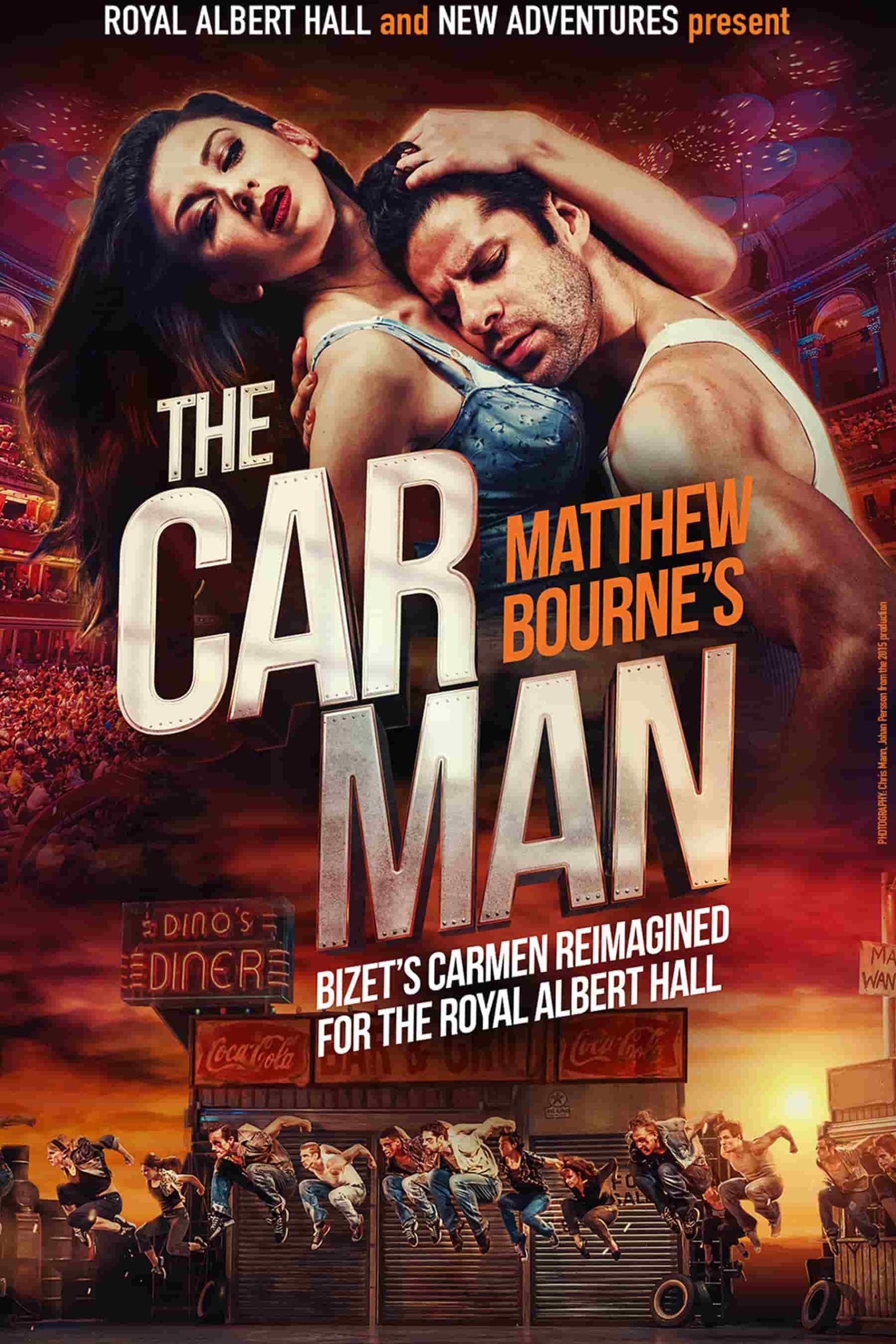 Fasten your seatbelts…The Car Man is back!

In a spectacular new staging for the Royal Albert Hall’s 150th Anniversary.

A dance-thriller based on Bizet’s beloved Carmen, The Car Man will be completely reimagined for the gladiatorial arena of the Royal Albert Hall, adding a frisson of danger as the dancers perform throughout the auditorium amid stage designs by Olivier and Tony award-winner Lez Brotherston.

Featuring an expanded company of 65 dancers and musicians, a live orchestra and epic new designs, these 14 performances of The Car Man are a unique opportunity to see this extraordinary production as you’ve never seen it before. The 19th Century Spanish cigarette factory becomes a greasy garage-diner in 1960s America where a small-town’s dreams are shattered by the arrival of a handsome stranger. Fuelled by heat and desire, the inhabitants are driven into an unstoppable spiral of greed, lust, betrayal and revenge.

Matthew Bourne’s vivid storytelling combines with one of the most passionately dramatic scores ever written, with musical arrangements by Terry Davies featuring Rodion Shchedrin’s Carmen Suite (after Bizet’s Carmen), to create a dance event like no other.

The Car Man will ignite your senses and leave you breathless – don’t miss it in summer 2021!